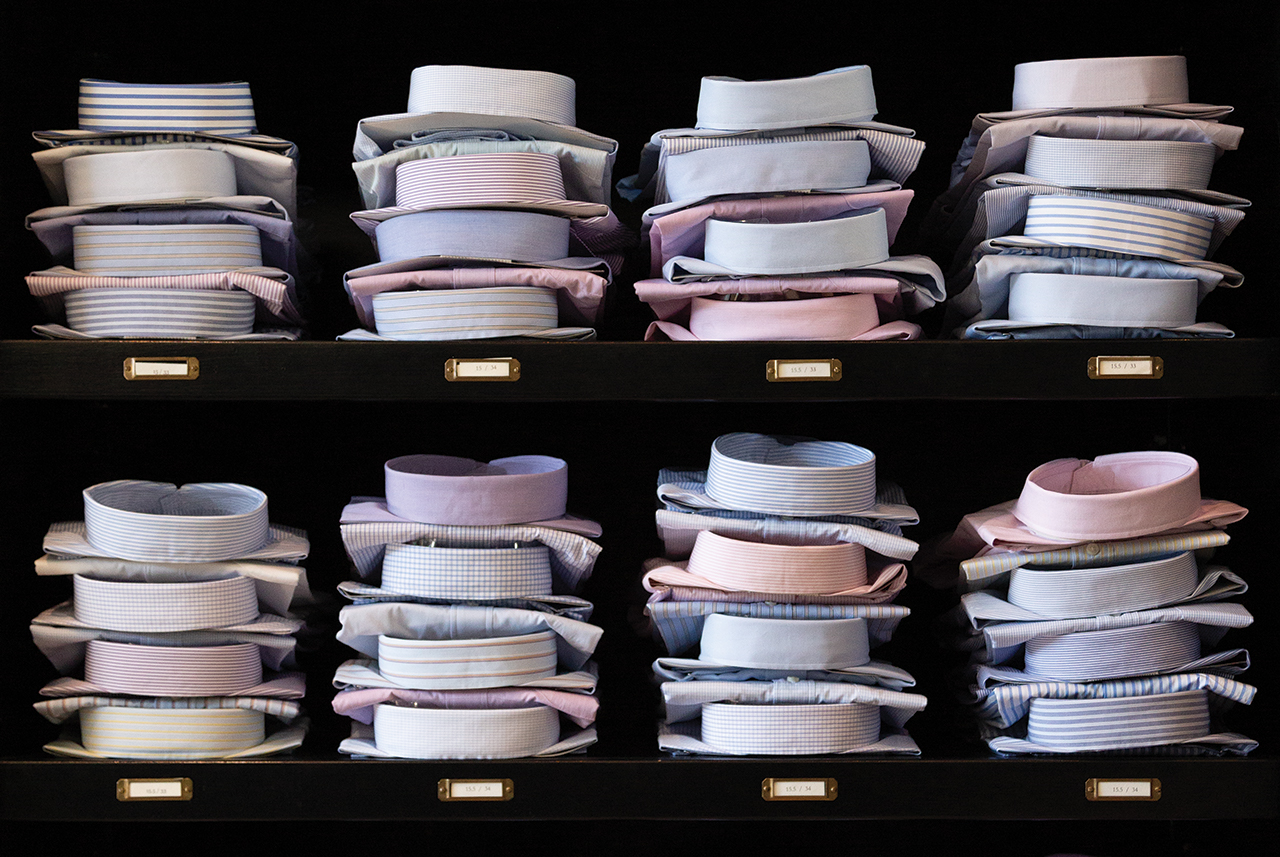 “While it’s easy to say 'every guy needs a good navy blazer' or 'every guy needs a great pair of dress shoes' – shirting is like an entire WORLD of options. What kind of cut? What kind of fabric? How much pattern? Collar type? Dress shirt or sport shirt? Like with most things, I recommend getting just a handful of really useful pieces that cover a lot of seasons and occasions. 10's a nice number.

You’ll notice that there are no true ‘sport shirts’ in my top 10. Feels counterintuitive, but a dress shirt actually has more range, even if you’re not dressing up every day. It’s like rectangles and squares: a dress shirt can always moonlight as a sport shirt, but a sport shirt usually can’t fill in for a dress shirt. I’ll wear mine once with a jacket during the week and again as a sport shirt on the weekend. (Remove jacket, remove tie, roll sleeves… voila.) Anyway, here are mine.”

the one to dress up, or not 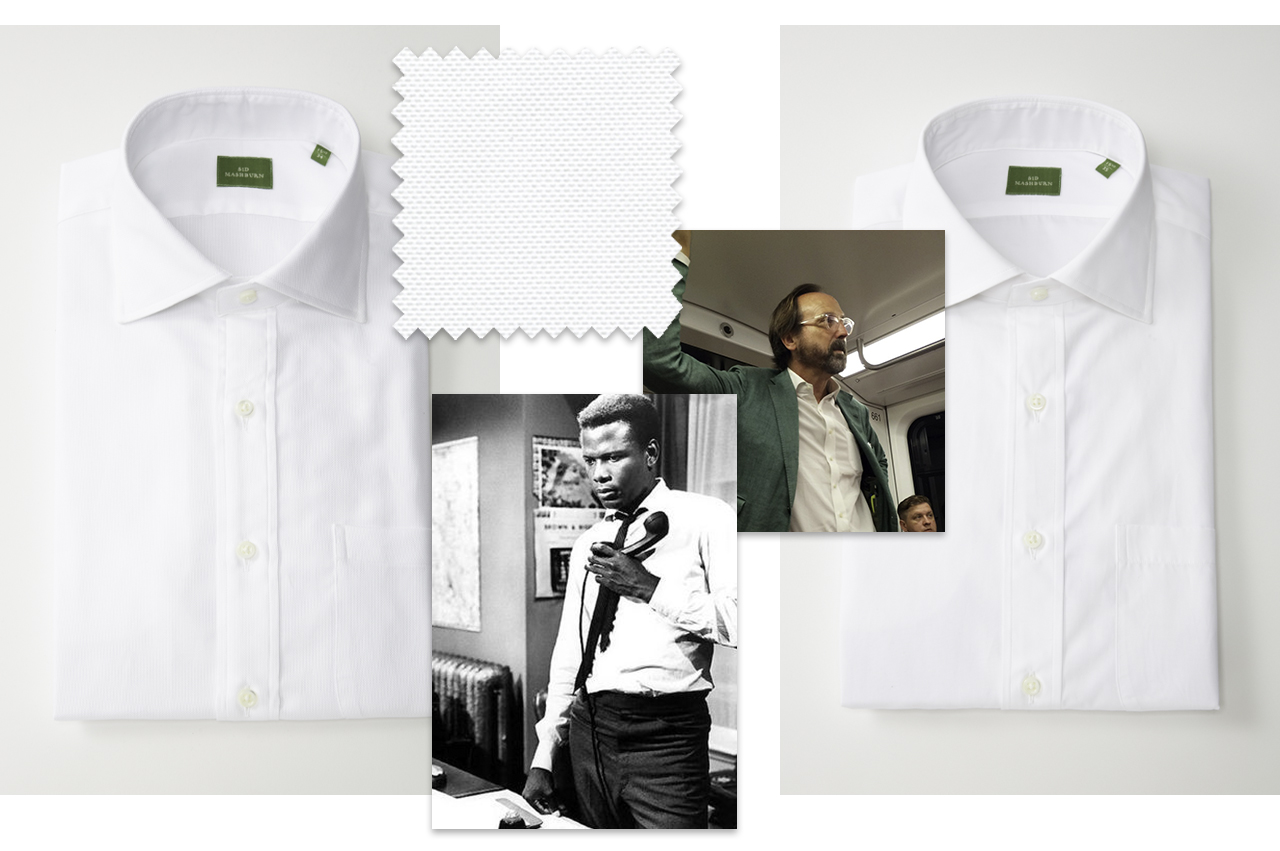 “Every guy needs a white shirt – this is mission critical. You never want to be unprepared when something formal comes up. I find myself wearing white shirts more often with suits or sport coats, but it also looks great tucked into a pair of stone 5-pockets or with a swimsuit at the pool. Start with White Poplin (1)... and then add a White Roxford (2), also known as royal oxford, which can go a touch dressier. The white shirt is basically undefeated.”

the one for every day of the week 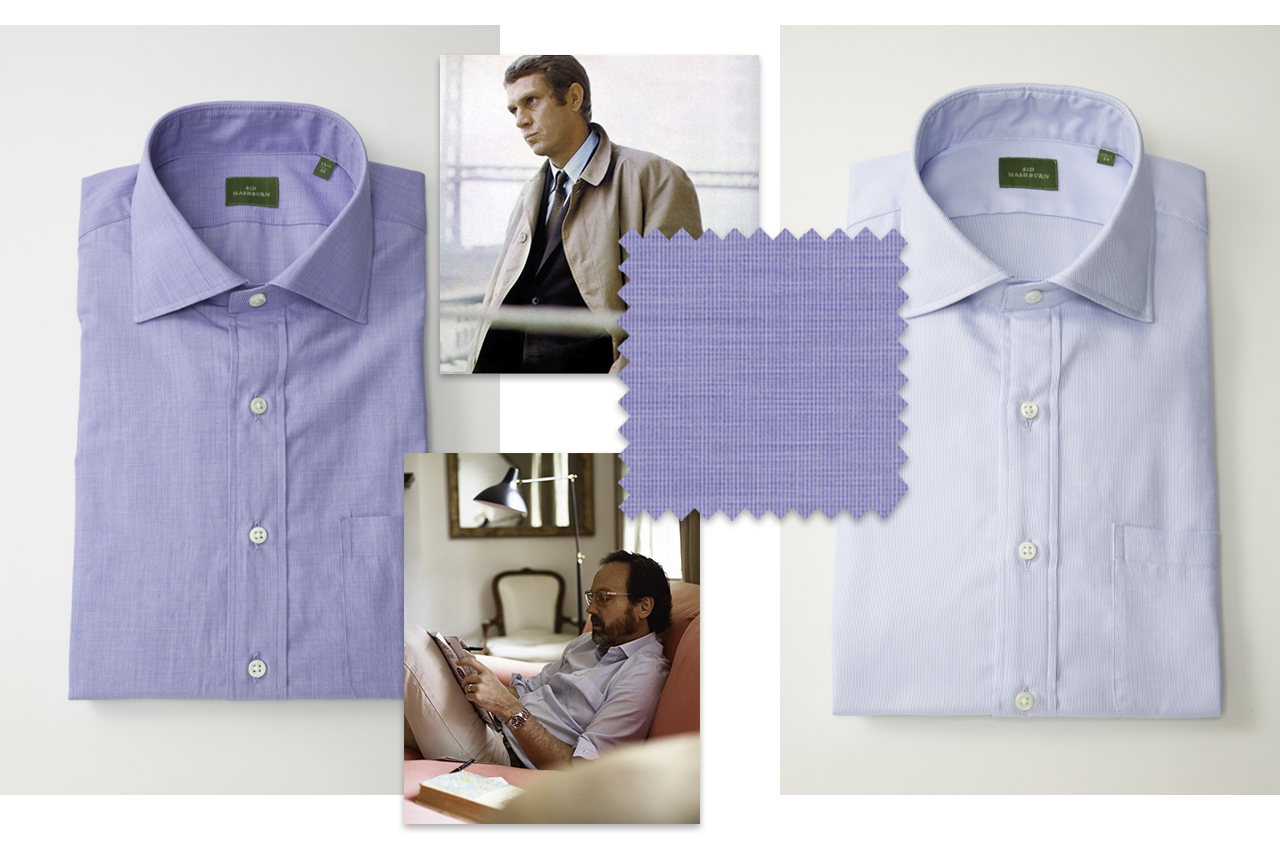 “While you probably could theoretically wear a blue shirt to a formal function or a funeral, white is usually better. But for everything else, light blue is an automatic yes. I think every guy at the company has our Sky Roxford (3), and wears it once a week, minimum. Including me. So that’s the first one I’d recommend. I would also throw in the slightly darker Blue End-on-End (4). The way the white and blue yarns alternate alternate gives a very cool visual texture to the color.”

the one with a non-pattern pattern 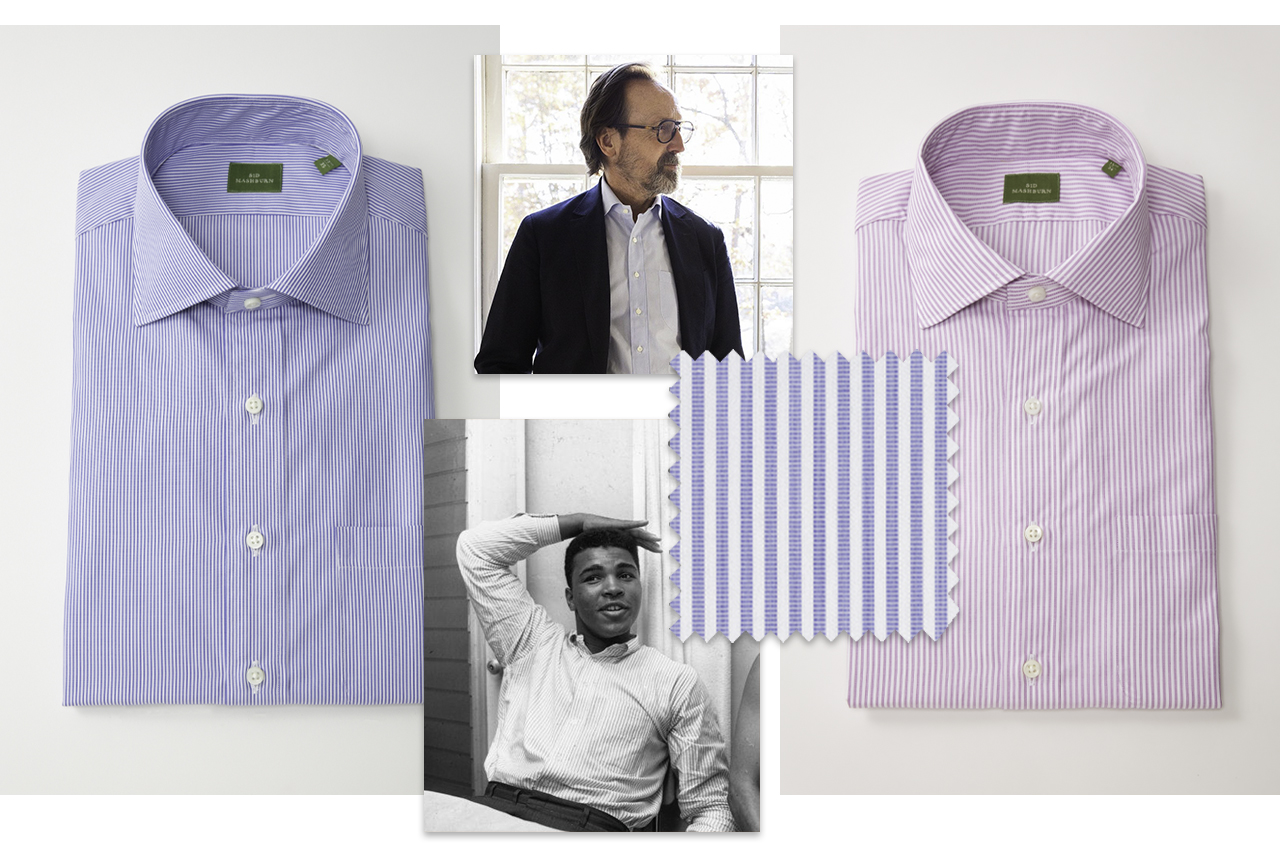 “I love love love vertical stripes. They’re a great way to start to introduce pattern, but from afar it still reads as a solid. A Small Bengal Stripe (5) in blue is a great jumping-off point - it’s super easy to wear, and about as classic as it gets. And I would say an End-on-End Stripe does the same thing. So nice I’m going for it twice – both the Berry (6) and the Blue (7) are fantastic with jeans of any color, or to make a suit a tad less serious.”

the one for the second look 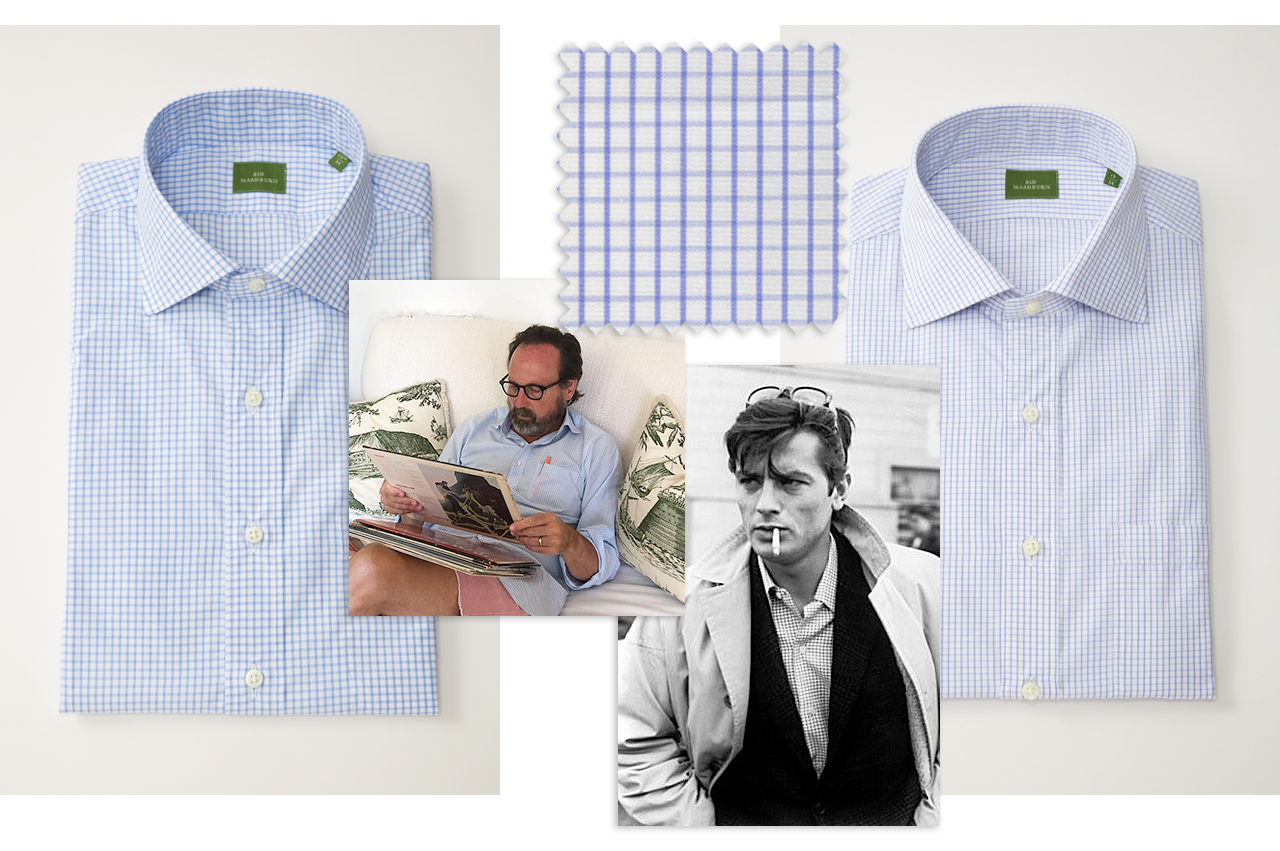 “Another member of the non-pattern pattern band. A Graph Check is probably the bass player. It has the same solid-from-afar benefits as the subtle vertical stripes, but it’s a little quieter. I’m probably in a graph check shirt once a week. In this case I would start with the Dutch Blue (8), which is so light it almost reads white from a distance. Then I’d add one where the checks are a little bit bigger, like this Blue Large Graph Check (9). In terms of the versatility... I take it on vacation and I wear it to the office. What do you gotta know?”

the one for when you're feeling it 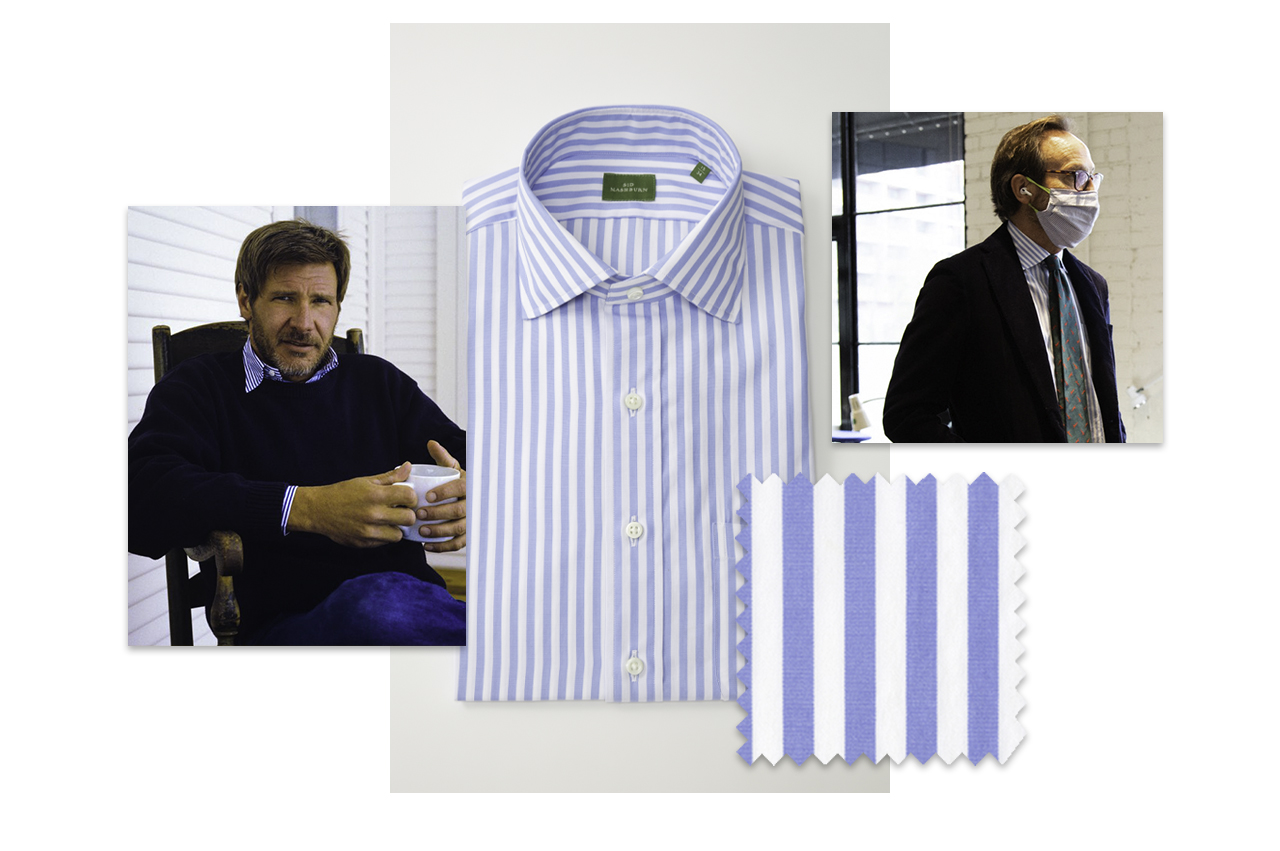 “I don’t want a closet that’s only filled with solids... or shirts that read as solids from across the room. To liven things up I’d lean into Sky Awning Stripe (10). An awning stripe is a super old-school menswear shirt (very Jermyn Street) and yet can go casual really easily (think early Beach Boys). So yeah, one for the beach or the boardroom.”

the one that's always ready to come off the bench 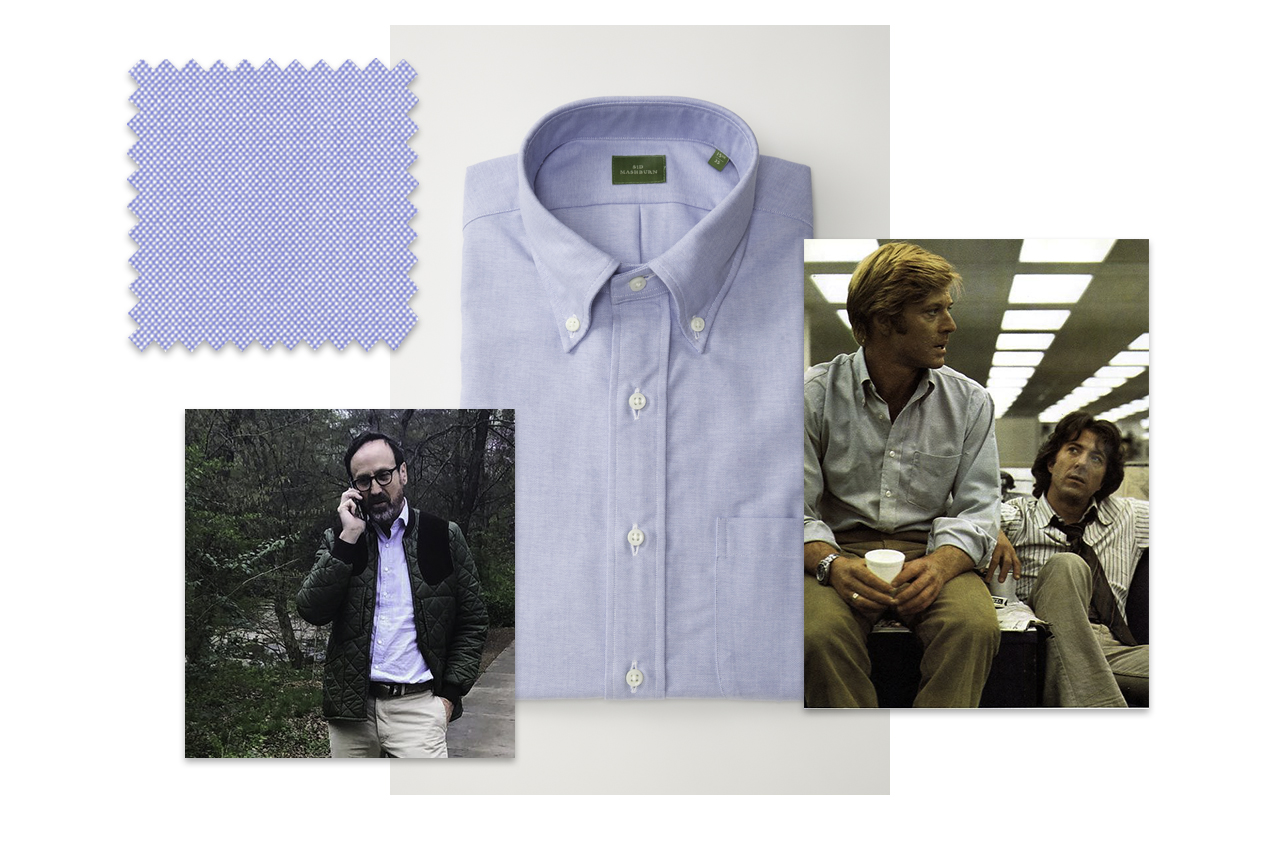 “It’s hard to come up with something more classic than a Blue Oxford (11). Sometimes we make 'em in a spread collar, sometimes in a button-down. But this one sits beautifully in the mix and can be used in about any instance. Suit, shorts, anything in between.” Hands-down the lightest and simplest tailored piece we've ever made,... There’s something a little bit mythic about a navy blazer...... Shoes have always been a big deal for me. They're... Our Slim Straight Jeans have been around for a few...