“Hey Sid! How did you get into watches?” – Hodinkee

Editor's note: Sid's been writing a monthly-ish style column around watches for our pals at Hodinkee. For June, they asked him to write about his dad and his clock collection. His piece ran a few days ago in conjunction with Father's Day, and we're taking a break from advice this week to share it here.

“Hey Sid! How did you get into watches?” – Hodinkee 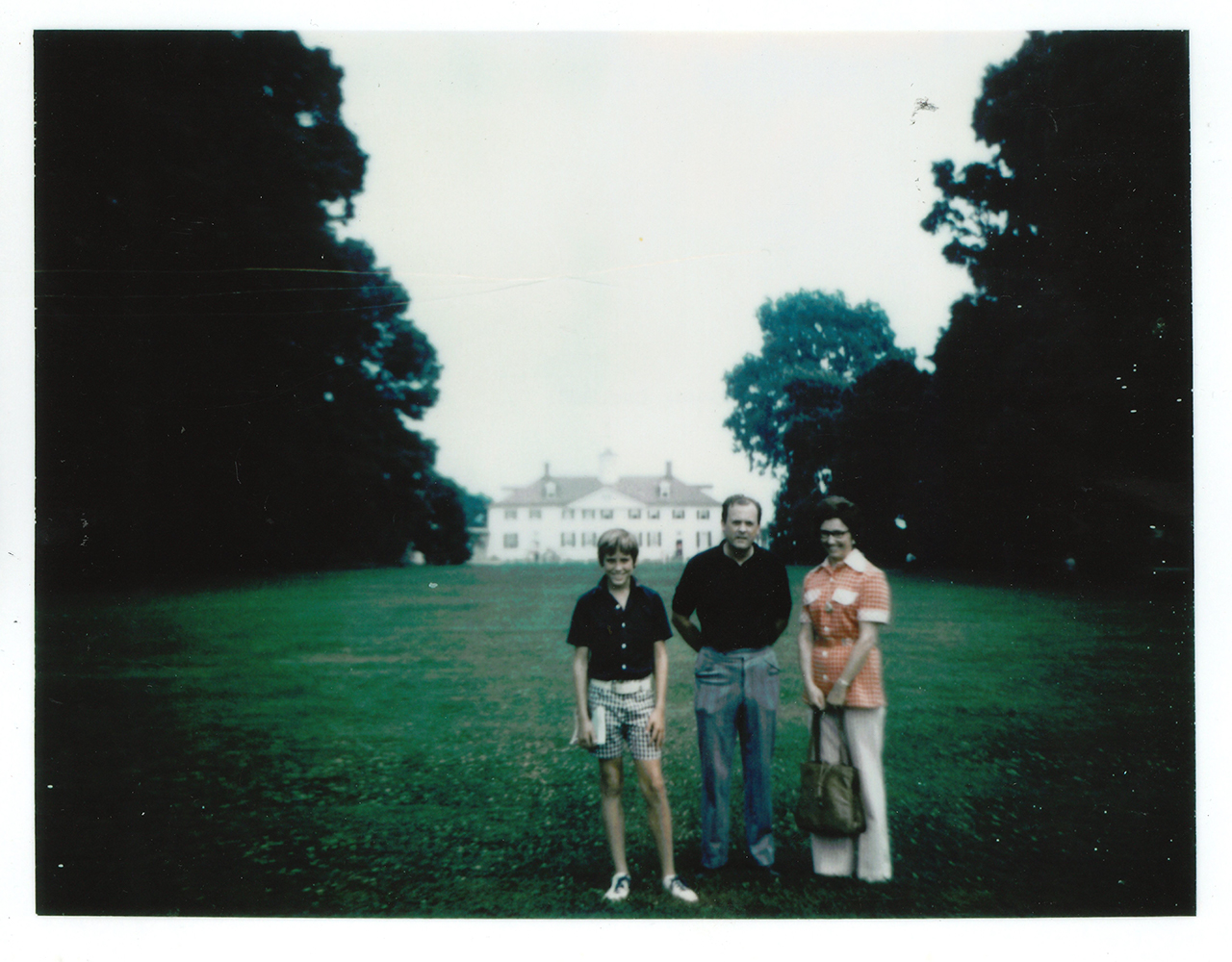 I own a lot of records and have music playing pretty much at all times, but the sound that puts me most at ease is the ticking of a clock. Actually, it's not just the ticking, but rather the ringing and whirring and quarter-hour Westminster chiming of the dozens and dozens of clocks that filled the ranch house I grew up in. I'm talking wall-to-wall clocks… easily numbering in the triple digits. As an adult, when my wife Ann and I would visit my parents in Mississippi, our girls could hardly sleep at night surrounded by all that ticking, but I just exhaled and felt right at home.

My dad collected and worked on antique clocks in a way that would qualify him as more than an enthusiast, probably just shy of an expert. He was self-taught, but people would bring him all sorts of timepieces to repair. It's sorta what you'd call a side hustle today, but for him, it was way more about the curiosity and the love of the craft than about the commerce. When I picture him in my head, he's either in the yard with his camellias or in his workshop with his clocks.

The workshop was just across the carport from the house. It might be too much to say that time stopped in that shed, but I've gotten old enough to realize that was what he was going for. The quiet and focus and singular goal of the task at hand pushed everything else out of sight for a while. He had always been into watches and clocks, but I don't remember him really pursuing it until after my older brother Kinny died of cystic fibrosis when he was 17. Kinny and my two older sisters were three stairstep kids, and then I came much later… probably a surprise. My parents knew the odds of having another child with CF. Having kids of my own, I can't imagine the tremendous relief they must have felt when I passed the "sweat test" before coming home from the hospital.

After losing his oldest son, my dad started spending a lot of time in his workshop. My sisters went off to college the following year, and suddenly our house of six was a house of just three. The clocks helped fill some of that space, literally. This is when the tinkering really got going. In retrospect, the workshop was an environment that could be controlled and that followed a predictable logic, not dissimilar to his day job as a chemist… lots of experimentation, but in the end, precision wins.

Clocks were tactile and finite, all the pieces milled to fit together perfectly, and either they worked or they didn't – there was no in between. You wind the clock, it does the same thing for 24 hours, 8 days, or whatever the movement, then you do it all over again. Over the next several years, I'd come home from football or baseball or band practice and I knew exactly where I'd find him. In that hot shed, precision screwdrivers carefully lined up on the table, sawdust on the floor, loupe around his head, peering deep into a partially disassembled clock.

As with a lot of guys who get into repair, he also had a weakness for collecting. His specialty was early American clocks – the decorative kind in wooden cases that were popular in the first half of the 19th century. Lots of Seth Thomas and some E. Howards in the house, plus this especially cool J.N. Dunning Gallery clock. There were a dozen lined up on the mantle, rows and rows on either side of the television in the living room, several grandfather clocks in the hallway leading down to the bedrooms… you get the idea. As a kid I thought most of them looked the same, and sure enough, there was a lot of consistency in that era of clockmaking. But my dad really delighted in the nuance and the subtle differences in purpose. He had them arranged chronologically – of course, right? – with the 1836 version next to the 1837 version next to the 1838. I've gotta imagine that winding them all and keeping them synced was his own kind of ritual. Who knows how long it must have taken. I wish I could ask him. 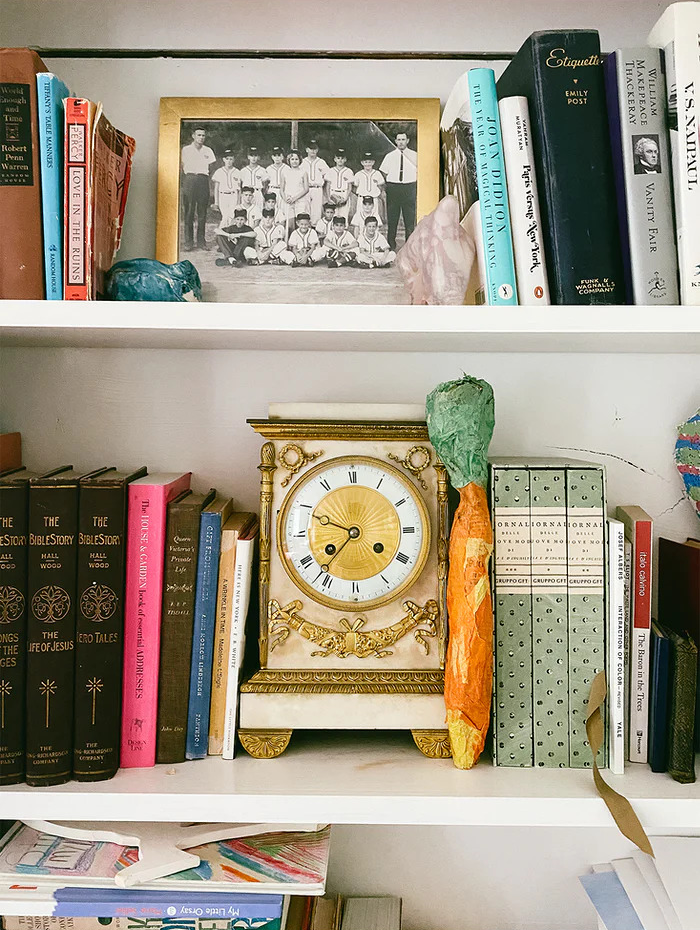 All of the house clocks worked – if one didn't, it'd be in the workshop – and they all ticked and chimed in sync with one another. There was the background noise of the ticking, but every sixty minutes you'd get this awesome kind of musical interlude, with all the different chimes and bells ringing out all throughout the house to signal the hour. Man, I loved that sound. The first one I took any interest in myself was a ship's clock – a brass Seth Thomas, porcelain dial, Roman numerals on the face with ship's bells. One bell every half hour and eight bells each at 4:00, 8:00, and 12:00 to signal the end of the sailor's watch. This one was super cool to wind… it was a two-holer, one for the movement and the other for the bells. Just beautiful. I have a similar ship's clock here in the Atlanta store, and a black face Chelsea Bakelite one, as well, underneath it. My dad came to visit and help out when we opened in 2007 and he loved seeing it in there.

The ship's clock is cool, but my favorite clock that he passed down to me is a Jaeger-LeCoultre Atmos, which keeps time using atmospheric pressure, so you never have to wind it. Nothing is cooler. In many ways it must have been an anomaly in his collection – it's gilded brass and not wood, more stylish than straightforward, French and not American. He would probably laugh that I ended up with that one. It is so sleek and well-designed. Just an incredible, incredible piece. I also have a collection of his old pocket watches – beautiful things that I don't really know what to do with, but I take them out every once in awhile just to check them out. There's also his old Hamilton on a leather band that Ann wears sometimes. It's a little small for me, but I love seeing it on her wrist. 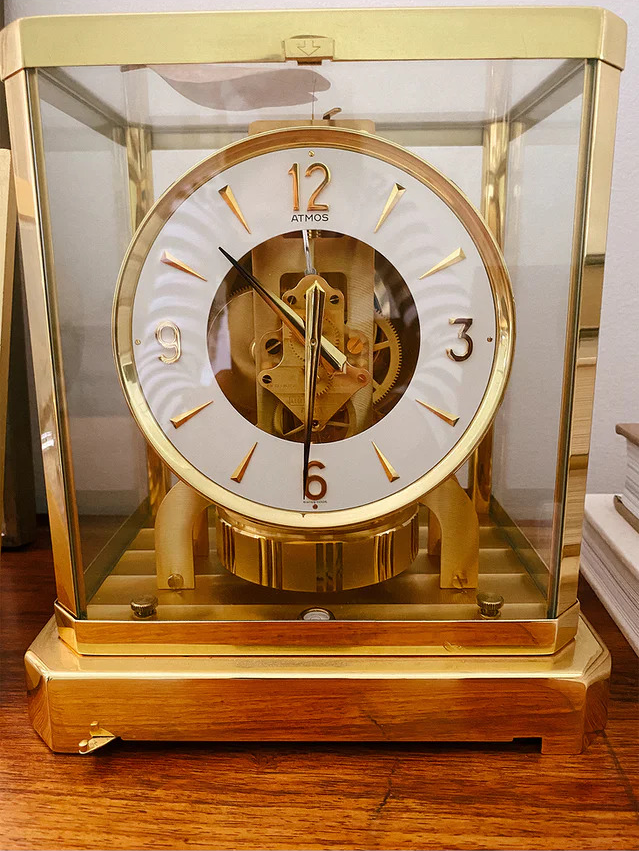 My dad was awesome in so many ways – and now that I think about it, losing my brother probably changed him beyond just transforming him into a clock collector. The vibe was pretty strict at home, classic Southern Baptist, with church three days a week and dinner on the table at the same time every night. But again, in 1969, when there were just three of us instead of six, I think my parents learned how to appreciate what they still had in a fuller way. It seems kind of crazy to think about, but despite his rigidness, my dad more or less let me be… me. He turned a mostly-blind eye to a lot of my carryings-on, and even kind of chuckled at the more unusual stuff I found at the Salvation Army (most notably, my prom tuxedo) and the way I would ask my mother to sew my jeans pegged at the bottom or cut off the collars to make my shirt Nehru style. He loved that! It wasn't his bag, but he got a kick out of it. When I told him I wanted to go to Parsons or FIT in New York to study design, that was one toke over the line. He said, "Son, I'll pay for regular school – and after that, you can do anything you want." So after four years of having a pretty good time at Ole Miss, I sold my Monte Carlo so I could move to New York. I think it was about a week after graduation. He drove me to the airport and sent me off with a hug and a handshake and a lot of love.

The NAWCC is the closest to a fraternity my father ever joined. It's the National Association of Watch & Clock Collectors… I'm guessing some of you may be members. He was a Fellow, which meant he took seriously his role as a "valuable contributor in the field of horology and in the affairs of the association." Part of the appeal of collecting is the community and the camaraderie and the fellowship you get with a shared interest. Those NAWCC cats were all pretty fraternal. I can remember loving the weekends that he and my mom would travel to clock conventions and I'd have the house to myself. I recently became a NAWCC member, myself. Some of that was in honor and memory of Jimmy K – James Kincaid Mashburn – and some was in my own interest. I like watches and clocks. But a good bit of it was in appreciation of what they meant to my dad. He channeled a pastime into a real passion, and I think it kind of helped him navigate the second half of his life. He died in 2010, and I miss him every day – but I get to think of him every time I hear a clock tick, which is pretty cool.