“Hey Sid. For years you were a hard no on pleated pants. Your reasons made sense and were good advice, but now you are promoting and selling pants with pleats. Why?” – Robert M.

Hey Robert – thank you for the question, and honestly, for both noticing and remembering. Grrreeat observation. You're right. I have cautioned guys away from pleats over the years, but now we make quite a few of them – for good reason.

"Ch-ch-ch-ch-changes
Turn and face the strange..." 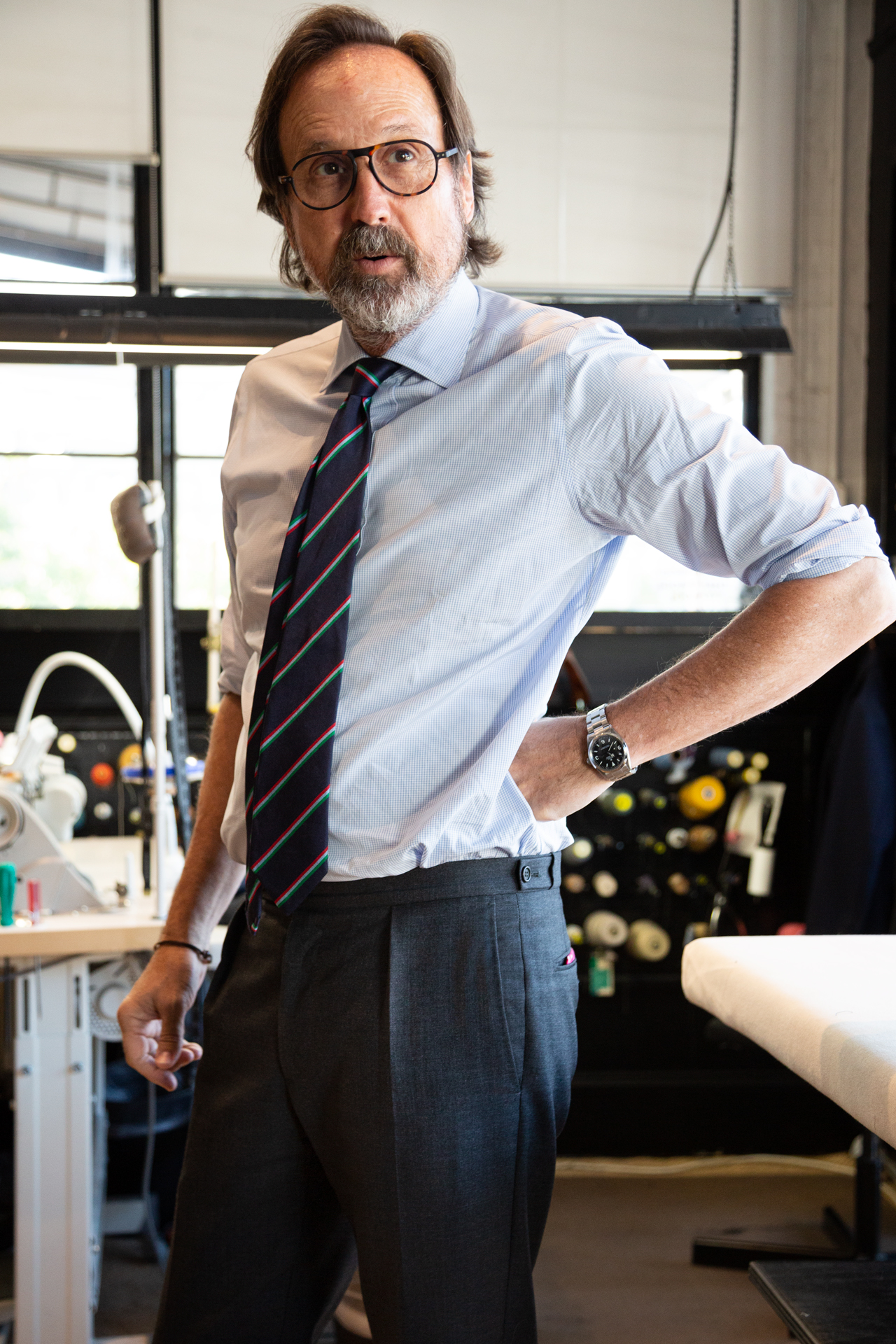 When we first opened up back in 2007, we used to prescribe slimmer, plain-front pants. And the reason is that most traditional pleats ADD fabric and volume to the silhouette, which visually give you some bulk – and we find that most guys are trying to look trimmer than not. "Lose the pleats and you'll lose 10 lbs." But I've always liked pleats. I just like to keep them close. (Pleats that aren't your father's pleats.)

So these have been in the works since about 2015. And we've offered them unofficially since about 2017. The goal was always to maintain the feeling of what we already do, but just... move it around a bit. Keep it fresh. Create slimness with a touch of movement, and make it feel modern, elegant, and wearable. At the end of the day we're just trying to help guys look and feel cool. So we thought, if we could make a riff on pleats with a slimming effect, it might inspire a few people — me included — to get excited about trying something new. The first step in the pleat feat was counterintuitive... get volume, get flow, but minimize fabric. Out of the gate, we said, let's make it a single pleat, with fewer folds than pleat manifestations of the past (typically double-pleated, 2 on each side,) and make it a forward pleat where the creases face inward, towards each other. Just our preference.

Then, we decided to keep the pleat very shallow, about 3/8", & let the pleats begin at the bottom of the waistband – not stitched down; again, to minimize the bulk & create a bit more length visually. Then we lowered the front waistband a touch, made sure the thigh was narrow, and from the knee down, it's the same as our flat-front trousers. Slim, but not skinny.

With pleats, you already have more going on, visually, in the waist/hip area. So, rather than add another element, we removed the belt loops & replaced them with a 2-button side-tab, elasticized waistband that you can adjust. (If you're wondering, hey, is that the same thing as a DAKS waistband — yeah, it is, but that's a trade name. Ours are just called side tabs.) Again, back to the minimizing idea: strip the design down and let the pleat flag fly. I like to adjust the tabs to the second button - it pulls them in and gives a bit more shape. But leaving them on the first button is cool, too.

Lastly, we spent a ton of time on the pocket construction. They are fully supported all the way to the bottom so it feels like you're wearing a flat-front trouser. That layer of support also prevents the pleat from opening. (And if the pleat IS opening on you in our trousers, you probably want to try the next size up.)

That is why we cracked on pleats. Because we were able to make a pair that we liked and wanted to wear. And now, weirdly, they're even more slimming than we could have imagined. We do them in solids — from high-twist wool down to cavalry twill – and some patterns, too. This Prince of Wales check is a killer, especially if you lean into the full suit. I've been wearing a grey pair at least once a week since February. Funny, I also have enjoyed not wearing a belt which feels sportier & more tailored at the same time. I've been in our classic flat-front pants for over a decade now — I like wearing something a little different.

So I know I've been singing a certain song about pleats for a long time, but this was one way to "turn and face the strange." If you haven't already tried a pair, I think you'll dig them.