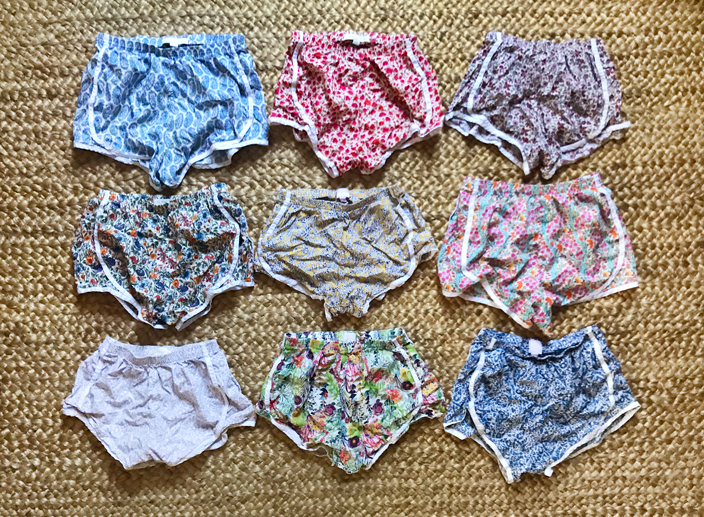 It's September, and most students are back in school, or even well into it. Many of my friends have just returned from depositing their children at college. The kitting-out of the dorm room has turned into a terrific business — the featherbed topper for the standard-issue mattress... the matching quilts with the roommate from Cleveland — every coed's own personal episode of Extreme Home Makeover. It is a long way from my own mother sending me off on a plane to Colorado with a single trunk and a “good luck.” (I had never even visited the school before). I don't remember much, except that my roommate was from Wyoming, on the ski team, and a big tobacco-chewer who spat occasionally into Coke cans. I spent the entire year wasting unfinished sodas, too frightened to pick up a can after I'd put it down. Wow.

One of my favorite things that we make was actually inspired by my very first college dropoff as a parent. Because if you haven't visited a college campus recently, I will tell you that the dominant style is a far cry from Love Story. No Shetland sweaters, no camel hair coats... just a sea of girls in enormous event t-shirts and nylon running shorts. The exact brand will vary — it has been mostly Nike for the last decade or so, but you might remember it as Soffe or Umbro depending on the year. (The Ali McGraw look has been gone for awhile.) And honestly, for a college girl, I adore the idea of dressing for comfort. You're on your own for the first time, and if you want to roll out of bed, pull on a pair of elastic-waist shorts and run straight to class, fine! It is your time to do so! But couldn't I make something a little cuter for my own girls to do it in?

We recreated those classic track shorts in Liberty prints, and they make the BEST gift to send to your near-and-dears who are suddenly far away. Same piping, same pull-on waist, same easy fit (though no built-in underwear, which is probably for the better.) Just nicer fabric, which makes all the difference. They're not too precious because they're just cotton — can definitely go through the washer and dryer in the shared laundry room — and they're inexpensive enough for a “just-because” gift. If you feel like really being a mother and including some unsolicited advice, suggest that she pair them with something a little smaller on top for proportion. (A cropped sweater, or at the very least, a tee that isn't sized for an adult male.) Throw in a pair of Tretorns with some candy stuffed in the toe as a shock when she tries them on. She will love you for giving her a slightly elevated version of what she's already wearing. Usually the magic formula, right? Not WAY out-there... just a little better.

Each college dropoff was monumental for me. They would be home for Thanksgiving in no time, but the symbolism of LEAVING them there was heart-wrenching. I've done this four times, and it has never gotten easier... though it kind of feels good to be hit so hard. One particularly hot August, my 8-year-old daughter, the baby of the family, openly wept with me as I sweat and cried and pumped gas on our way out of town after dropping off her older sister Louisa. I let her get as many Mini-Mart snacks and bags of licorice as she could carry. The comfort of sugar was all we could think of, and maybe the chewing would help?

We have at least a dozen pairs of the little track shorts in our house between all my girls. They are not so much for me — I wear them only occasionally to pad around the house — but I can imagine many gorgeous legs coming out of them. (My old boss used to look at me slyly and say, "you know... the legs are the last to go...") They are a bit less age-specific with loafers and an untucked white shirt. Very weekend-chic. I love to see my daughters in such happy little florals. And they use the little matching pouch for headphones, medicine, charger cords, gum... I like to think I have stepped up their game a bit, on campus or off. Two of my girls hiking in their track shorts.