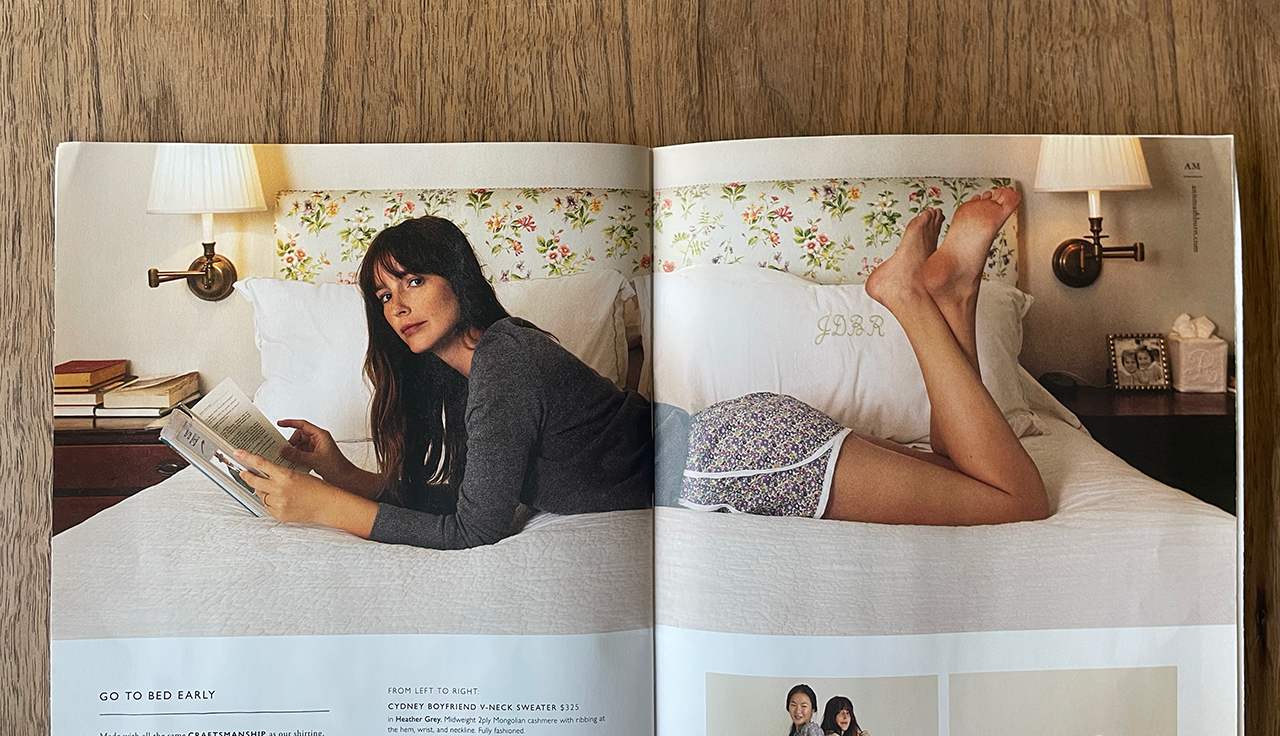 We have just mailed out our first catalog, and it has been kind of a big deal... or at the very least, a hell of a lot of work. Of course we have been creating images all along, showing our clothes on our website and through email, but the reaction to having this physical printed thing has been surprising. My own reaction, I mean. I — who had thought that I was sick to death of all the photos, having gone through the planning, casting, styling, shooting, and then so many rounds of edits — found myself super excited when the printed copies arrived. It made me realize that there is, in fact, a big difference between the things we see on our screens and the things we hold in our hands.

Digital is wonderful. Easy. I can pore through hundreds of interior images on Instagram in a quick 15-minute scroll before bed. Twenty years ago, I would have had to spend an hour loitering at the newsstand, or $300 on European magazines, to see half that many images. There is power in the tactile. I have read dozens of books on my Kindle, only to completely forget the title or the author or both. When I look at my bookcases, on the other hand, I am transported by the colors of the book jackets. In a minute I know not only the name of the book, but where I was in my life when I read it. I can feel the feelings I felt, not just about the plot, but maybe how lonely I felt while reading it alone on the subway. Or I might open the book and find a bookmark from a candy wrapper that I was obsessed with in 1999. (Coffee Rios — Sid used to get so angry when the racoons would get into the trash cans and the little golden tickets of the wrappers would be spread all over our lawn.) Print is memorable. I hope our catalog might feel that way when I pick it up in ten years.

There are lots and lots of things in the catalog that you need... and frankly a lot of you probably already have them! It is meant as an introduction to our brand, so many of our most classic pieces are in it. Maybe this week I am not telling you what you need so much, as much as getting our story on the record – "our catalog story" and how sweet this is for Sid and I, after all these years, to have made this together. We have had many press interviews where the bio gets mixed up and states that he and I met in our early years at J.Crew. That would be a great story, but it is not true, and no matter how many times I corrected this in our pre-interview notes, it consistently happened. Instead of correcting them in person, I usually just smile and go with it. Who really cares? But here it is. I did not meet Sid at J.Crew. I basically got him his job at J.Crew. Kind of. Or at least the interview. 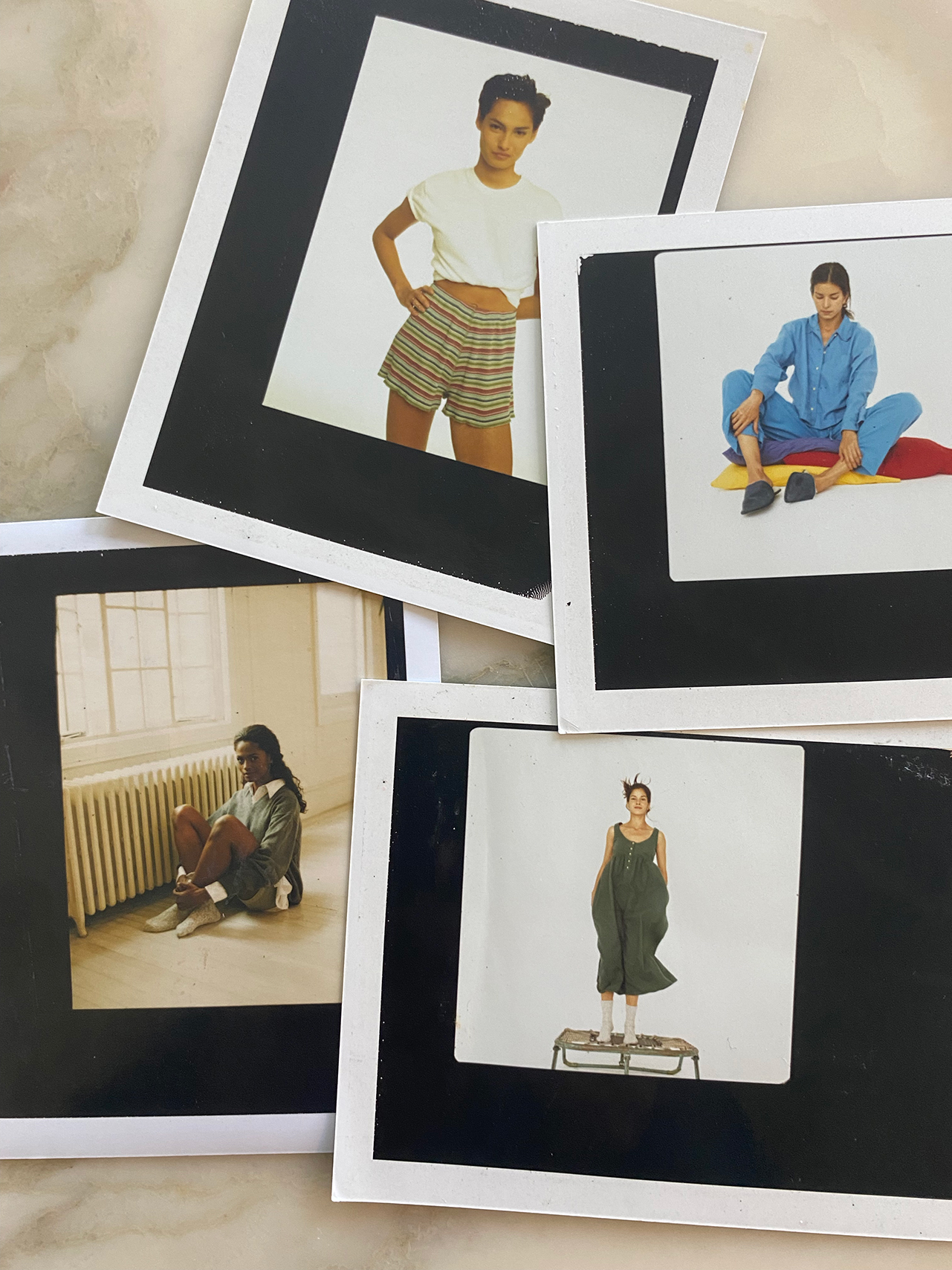 
It was 1986 and I was working at Vogue and I took him to a little cocktail party on the Upper East Side with some of the other assistants. My friend Tierney Gifford was there (was it her party? I can't remember) and she had recently left Vogue to work at a new catalog startup. She thought Sid had great style (he did) and wondered if he would be interested in interviewing for a reverse commute job there. Heck yeah. There were a lot of not-so-cool-sounding things about the company, like the fact that it was based in New Jersey, headquartered in a former Two Guys in Garfield and that he'd have to ride the bus out there from Port Authority... but he was game.

I love this next part. He took the bus out to Garfield to meet Emily Cinader, who led the company with her father, founder Arthur Cinader. When he arrived, the receptionist told him that, in fact, the interview was the next day. He thanked her and slinked out (all 160 pounds of him,) only to hear his name being yelled behind him. "Sidney! Sidney!" Arthur was bounding across the parking lot in his white bucks and probably ancient seersucker suit, trying to catch him before he headed back to the bus. They talked for two hours, and once he finally got to meet with Emily, she looked at him and said – "my dad really likes you; I guess I need to hire you." And that is the story of how Sid – energetic and driven but very green – became the first menswear designer at J.Crew.

The late 80s and early 90s were such an amazing time there. Really, really young and talented people got the opportunity to create something so special and memorable that it still resonates as an archetype of the catalog genre. (Although J.Peterman did make it onto Seinfeld.) Right now it feels like there is a major sense of nostalgia going around the internet for this era. My friend, the very talented Kelly Hill who styled there for so many years, recently started an Instagram account called @lostjcrew. It is brilliant. Basically an informal archive of the old catalog pages that feel just as inspiring today as they did back then. I keep seeing reposts from totally unrelated friends, so I know it is striking a chord with the people who weren't on set, as well. 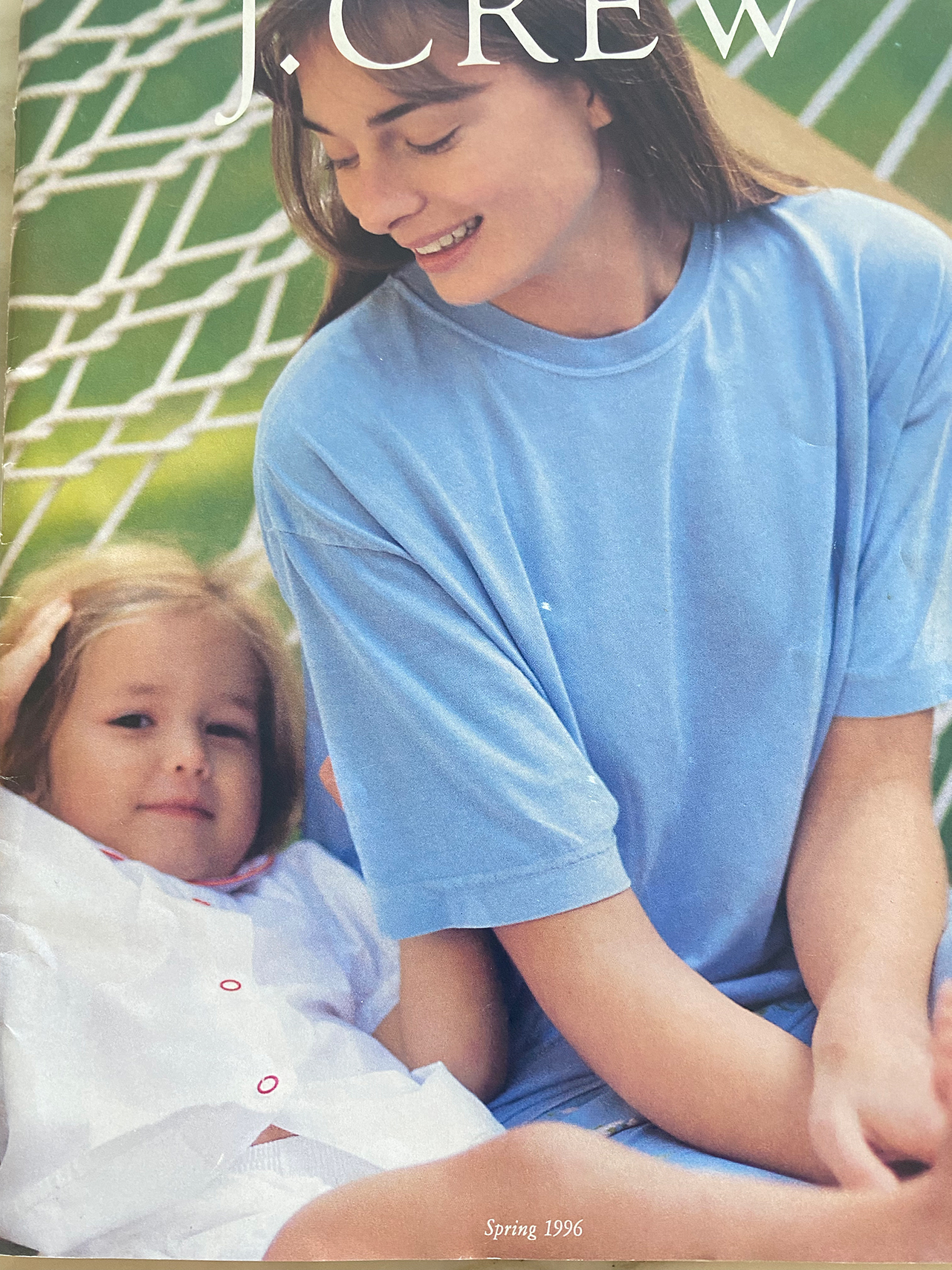 
I use the word inspiring because that is how catalogs used to feel when they came in the mail. Your smiling 'friends' would arrive in print, living an aspirational existence that really wasn't far away. Attainable. You, too, could wear a roll-neck sweater in the woods. Maybe it was like a proto-Instagram that didn't make you feel so bad. I did eventually end up at J.Crew, although it was a few years later, after Sid had already left. I worked as a freelance stylist and over the years, my girls were often included as adorable props in the pages... even the cover for Louisa. And this summer, in a very sweet bookend, Emily's son came to intern in our warehouse. I think Arthur Sr. would have loved that.

On a very good day, I like to think that we can make something great, like the Cinader family did, that gives people a sense of both romance and relatability. The idea of our own family business was what convinced me to jump in and start my own line to join Sid's, 3 years in, dragging along our oldest daughter, whose fingerprints are on every visual and every word written. (Including these – she is my editor.)

And so I hope you will look at the catalog. We can't send it to everyone (the mailing lists are incredibly scientific and I have no part in that) – but we will have it up online and shoppable later this week. (And if you want to be on the list for the next round, do send us your address.) I hope you like it as much as we do. Thank you for indulging me in our little trip down memory lane – and our foray into print.