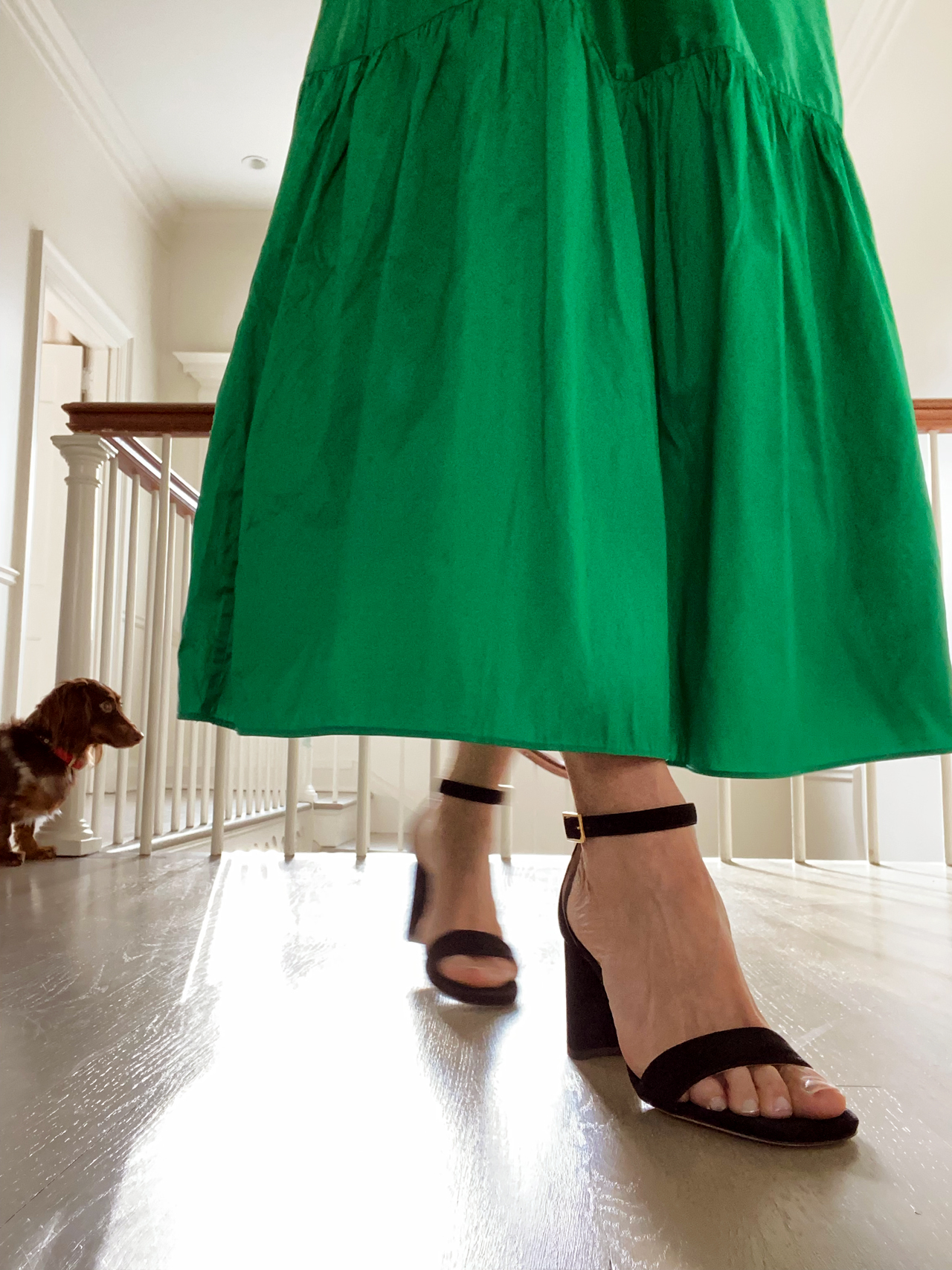 If you are like me, you could probably make a timeline of your life with all the cars that you've driven. Mine starts with a wood-paneled, brown Ford Country Squire station wagon with bucket seats that went way past my head. Little girl, big car. Then I learned to drive a stick shift in my dad’s small, sporty Opel GT. The summer I turned 16, we would drive around and stall out at every 4-way stop in the neighborhood. Eventually I got the hang of it. (Several decades later, I got to use those skills again when I took my daughters to Italy and drove them around Tuscany in a manual transmission Fiat. They had never been more impressed with me: “How do you know how to DO that?”) I drove the Opel during my senior year of high school, went off to college, then came home to Virginia to a graduation gift from my parents: a burgundy, 4-door Ford Fairmont that had previously been a rental car. Very uncool, but it got me to and from my waitressing job. 9 months later, I sold it and used the cash to travel to Europe with my brother for a few months. I moved to New York shortly after that trip, so nearly a decade passed before I would own another car.

When we moved out to Connecticut, the next car was another practical burgundy thing — a Honda Accord wagon that Sid’s sister and mother drove up from Mississippi. (A dealer demo from Paul Moak Pontiac in Jackson.) Other than being on the small side for a wagon, it felt safe enough for someone who hadn’t driven in ten years and now had two kids in the backseat. Once again, it got me where I needed to go. But a few years later, when we sold the Honda and moved to San Diego, I knew exactly the car I wanted to drive there. A Volvo wagon — a real station wagon in my mind, and the one I envied from all the other suburban moms.

By the time I arrived in California, there were 3 girls, and Sid met us at the airport with the black Volvo wagon waiting, just as I had dreamed. It was perfect. Or at least it was perfect until Sid drove up in his new car the next day… a 1987 300 Turbo Diesel Mercedes wagon, navy blue with palomino interior. Wait, what? You mean I could have gotten that one? In one minute, my aspirational Volvo looked like a mom car next to Sid’s. It has been almost thirty years and I still feel envious. We would both go on to have other cars – my favorite being a secondhand 1997 Land Cruiser that I had fitted with a third seatbelt in the “way back” to drive around the daughters, which by then numbered 5. Which brings me to almost today. I’m finally getting to the part where I tell you what you need. Shoes.

Shoes can be like cars in many ways. Practicality, luxury, coolness, safe or kind of a hazard. You might covet an Alfa Romeo or a pair of teetery Manolos, but once you realize that you can have practical and cool, it’s hard to go back. The Volvo was awesome and practical, but Sid’s Mercedes wagon was the one with the cool factor. I have been thinking of my own car timeline since we got our new block-heel sandals. Practical. Cool. Classic design. Expensive but not crazy-expensive. The price just worthy of the quality. We make them in Italy at the same factory that makes for lots and lots of other brands that are synonymous with quality and luxury (and will remain nameless.) The materials and the make and the finishing are just amazing. For me, the design of a Mercedes is nearly perfect. I feel the same about these. And also like a Mercedes, they will hold their value. You could be wearing this style 20 years from now… and with good care, it might even be the same pair of shoes.

These sandals strike me as so perfect because they go with SO MUCH. They may not be the most exciting fashion purchase (like a station wagon) but they are absolutely what I think of as “wardrobe chameleons.” They are so well-made and classic that you can wear them to a wedding or to your local Mexican joint. With an evening dress they read as elegant and minimal; with a t-shirt and jeans they make you look like you know what you’re doing. Truly high-low. Their beauty is in their simplicity and the way they kind of disappear and take on the style of the rest of your look. Classic, well-made chameleons, luxe and simple on your feet. No flashiness or showing off… just high quality and clean lines. Who doesn’t need a shoe that they can wear to get a taco AND an Academy Award? 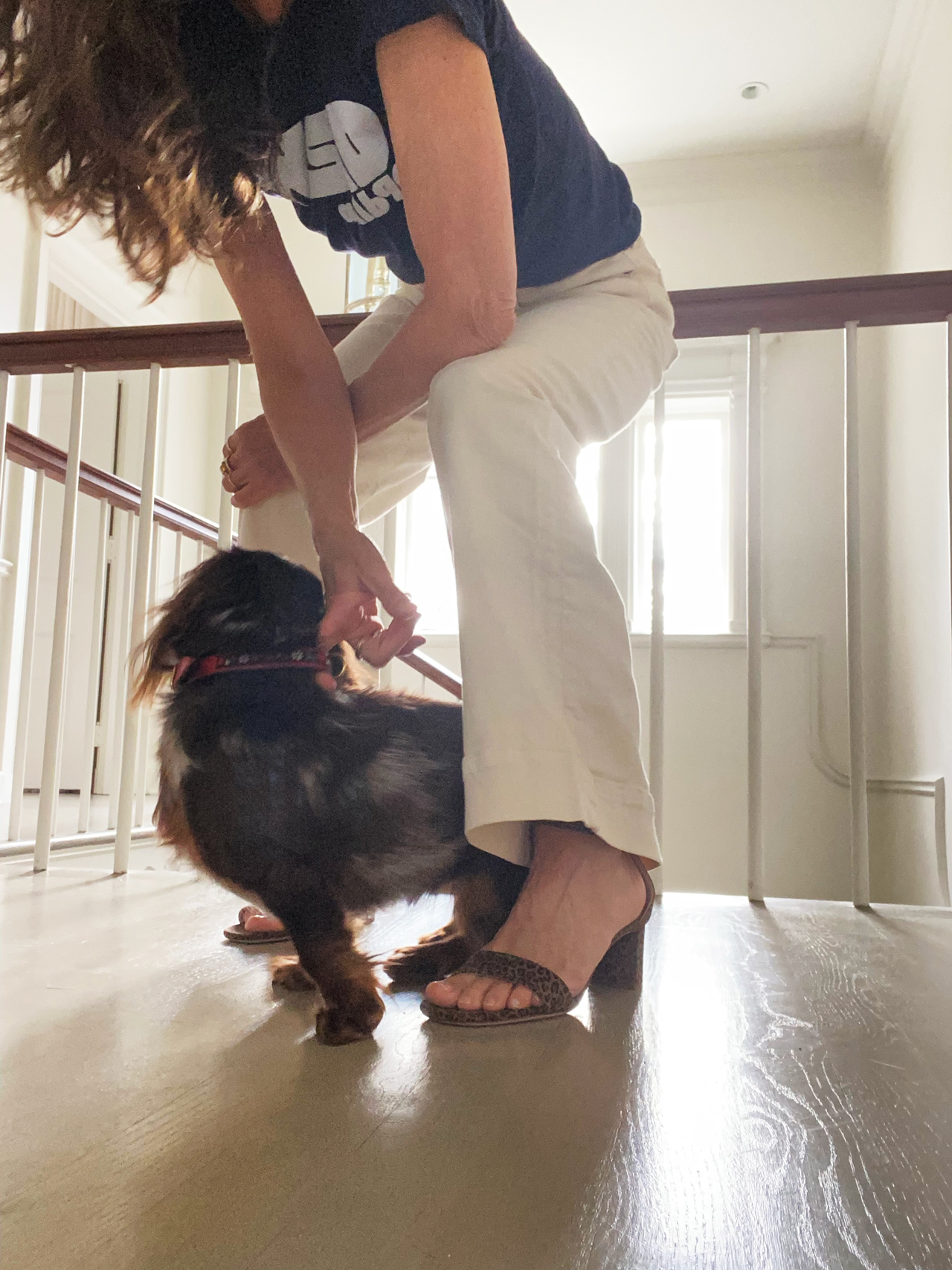 
There is the medium height… high enough to make you feel stylish, but with a sturdy-enough heel for support. Like a station wagon, it screams safety, on the dance floor or otherwise. There is red for the daring (is it true that red cars get more speeding tickets?) plus trusty neutrals: navy, brown, caramel, and leopard. A neutral in my book… leopard goes with everything. For the more qualified heel-wearer, there is a slightly higher pair in chic black suede. If you had to wear the same pair of shoes to every evening event for the rest of your life… this could be it. They might have an open toe, but I would wear them year-round. They really are pretty close to perfect.

I will end with one last car story, selfishly, because it will bring me so much joy to share it. My current car is not so sexy: a Lexus GX460 truck. Two years before my father died from Alzheimer’s, he asked me to come up to Knoxville. He wanted to buy me a car. “Okay, Dad, I’ll be there tomorrow!” (“Please God don’t let him forget he said this by the time I get there.”) He had been intensely loyal to Lexus in his later years and regarded that make as the highest quality one could buy. His gift, his brand. Fine. Don’t look a gift car in the mouth. When we arrived at the Lexus lot, I had my eye on the big GX — I still had a crew to carry around and could use all the seats. The dealer could tell that my dad’s cognition was failing, and that he was going to make a sale no matter what. (The week before, my father had been there purchasing a car for my sister Hope.) I’m sure he could hardly believe his luck that this guy had another daughter.

I sensed him taking advantage of this, and I knew it was my time to shine. I told the salesman that I was aware of last weekend’s purchase and that I couldn’t have him spending a lot more on me — Hope had driven away with a much less-expensive sedan. “I love this truck, but of course it costs a lot more than what she got. I think my dad and I need to go down the road to one of the other dealerships, and maybe they’ll have a 7-passenger car that’s closer in price to my sister’s car.” I grabbed my dad’s hand and we walked out. We did, in fact, go next door to the Land Rover dealership, and they did, in fact, have some less-expensive cars. I am tearing up thinking of this next part. We were sitting side by side in a used LR4 and I wish you could have seen the look on his face when his cell phone rang. Of course it was the Lexus salesman on the other end, who was not about to let this sale get away from him. “Annie! They want to negotiate! You did it!”

Six years later, I am still driving the GX. The same pride I felt driving a stick shift for my daughters was nothing in comparison to this day with my dad. His Annie had negotiated a car deal right in front of him. Granted, it didn’t take much — he often told me how much he loved me and how proud he was of me. But every single time I get in my not-so-cool car, I think of him and how totally delighted he was by me that day. He would probably love my shoes.